When people with diverse backgrounds and from differing organisations work together, magic happens.

In my role as Gartner Executive Partner, I was recently a member of an expert committee advising the Victorian government on its security strategy. The Victorian government had had difficulty grappling with Cyber Security – over many years it became politicised and compartmentalised across agencies and departments… thus no-one was really accountable. Given the worrying global explosion in Cyber Security attacks, senior members of government ICT decided that an overarching and consistent approach was required. Geoff Beggs put together a group of people from a range of backgrounds to drive the policy… I was one of this group.

Gartner or not, I’m admitting here that I’m no Cyber Security guru. The experience of development of this strategy was nevertheless interesting because it showed just what can be achieved through collaboration:

Completion: As with all projects, unless there’s strong motivation, there’s risk of failure. The act of announcing the project (in this case the expert committee) is key to completion because this public statement of intent is much more powerful than if it was internal. The lesson is to announce your intent as widely as possible if you want to motivate and commit yourself and your team.

Challenge: Our discussions included people representing ICT for police force, communications carriers, banks and Cyber Security governance organisations. Each had their own point of view and came to the table with unique experience. This led to some disagreements and some conflict… many of these issues would not have surfaced without the consequential discussion arising from the conflict. The lesson: diversity and conflict is like electricity: powerful if carefully managed.

Conviction: When the group’s collective decisions and principles were carried, it was much easier for Geoff to sell this internally than had it been an internal committee: the authority of the committee through its credentials speaks louder than a single voice.

So keep the 3 Cs in mind if you want to make change: Complete the job, Challenge each other, and bring the Conviction of the group. My ramblings about lessons I've learned and opportunities - some taken, some missed. This is a place I hope you'll come back to as reminders of ideas and concepts that are of interest in getting the most out of yourself and your team. 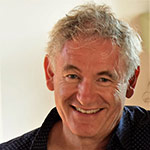 I work with energetic organisations and individuals who have open minds. Contact me about how we can - together - improve your results.